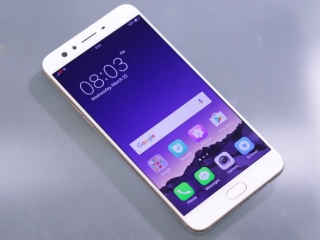 The Chinese smartphone maker has recently announced another selfie-focused smartphone, dubbed as an Oppo F3 Smartphone. Like the Oppo F3 Plus, this also carries the support for the double front camera that can capture beautiful selfies. Regarding the design and features, the newly arrived smartphone is quite similar to the Oppo F3 Plus. Also read about the recently announced Huawei P10 and P10 Plus smartphone and check their specs and features through a VogaTech. Lets come to the smartphone features, the phone comes with a massive 5.5 inches IPS LCD capacitive touchscreen with the screen resolution of 1080 × 1920 pixels at 401 ppi of pixel density and 16M colors. For the protection, the smartphone is covered with Corning Gorilla Glass 5 that protect it from screen damage.

The smartphone runs on the Android 6.0 Marshmallow and powered by the MediaTek MT6750T octa core processor clocking at 1.5 GHz. For the GPU, there is a Mali-T860MP2 graphic processor inside. The phone is equipped with 4GB of RAM along with 64GB of internal storage that can be expanded further up to 256GB with the help of MicroSD card.

As far as the camera is concerned, the smartphone sports a 13 megapixel rear camera with f/2.2 aperture, phase detection autofocus, and LED flash. While on the front of the device, there is a dual selfie camera from one which is 16 megapixel and the other is an 8 megapixel sensor.

The smartphone boasts a non-removable Li-ion 3,200mAh battery that provides you enough juice. The phone is available in two color variants, including Gold and Rose gold.

The Oppo F3 smartphone is available to pre-order and will begin shipping on May 13 and priced at USD 320.