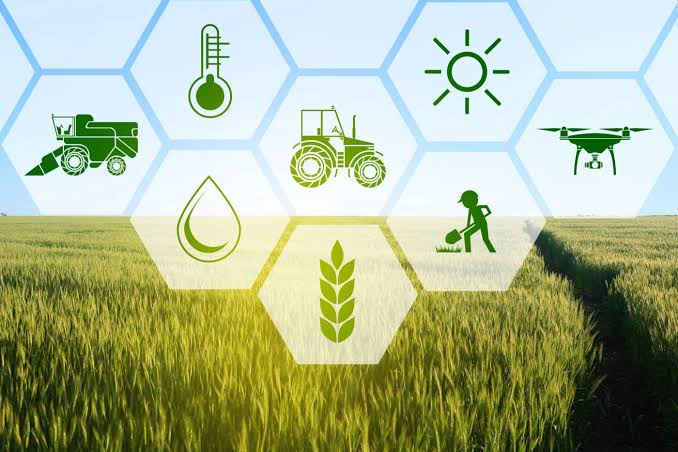 If you’ve ever wondered what the future holds for agriculture, you’re in for a treat. Besides growing more food, these five trends have environmental sustainability at their heart.

According to Paul Shapiro, agricultural biotechnology has become invaluable to researchers in the quest to understand the fundamental biology of living things. For example, scientists have been able to identify the entire genetic structure of several strains of bacteria, and these findings have the potential to improve food safety. Such techniques have also opened up new possibilities for the agriculture sector, allowing for the development of improved plant and animal varieties.

Biotechnology is already used in many aspects of modern agriculture, including insulin and growth hormone production. It is also being used to improve medical diagnosis, reduce infections, and minimize the adverse effects of medications. It is also a useful tool in developing countries to produce nutritious foods without using harmful pesticides.

Precision farming is a growing market that addresses the environmental impacts of farming while increasing farm outputs. This technology is changing the face of farming and has become a key driver in moving towards a cleaner, greener environment. The growing attention to environmental issues has led to increased regulation, requiring farmers to minimize their carbon footprint and improve crop quality.

The concept of precision farming involves the use of technology to monitor and track farm animals and crops. It helps farmers to maximize yields while minimizing costs.

There are a variety of benefits associated with the use of insects for agriculture. The life cycle of an insect may last anywhere from a few days to several years. Farming insects can also reduce the cost of farming by cutting energy use. Insect farming also offers greater transparency in terms of the farming process. It can create more consumer trust in the industry.

The benefits of insects as food are huge. They provide various benefits to humans and animals, requiring very few resources. Not only do they provide protein-rich foods, but their waste can also be returned to the soil as biofertilizers. This method can be used to develop a circular economy.

Growing food is an important part of our lives and vital to the planet’s economy. But the use of agricultural biotechnology in modern agriculture has raised questions about its benefits and risks. For example, genetically modified crops may increase pest and disease resistance, forcing farmers to use more toxic chemicals and intensify tillage methods.

While several countries, including Australia, have approved commercial releases of GM cotton, most of Africa remains GMO-free. In part, this lack of acceptance is due to genuine domestic opposition to GMOs and pressure from Europe, the continent’s largest donor and importer of agricultural products.

Data-driven zone-specific inputs in agricultural production are vital for a sustainable future. The proposed decision support tool will build upon historical data and incorporate integrated soil, crop, and weather processes. It will also leverage large-scale data collection, precision agriculture, and data analytics. It will use large volumes of processed and raw data from farm equipment, unmanned aerial systems, satellite resources, and other sources. Data from these sources will be used for crop production decision-making, conservation, and technology adoption decisions.

Data-driven farming tools can help farmers become more in tune with nature. They can capture variables that might otherwise escape the human eye.