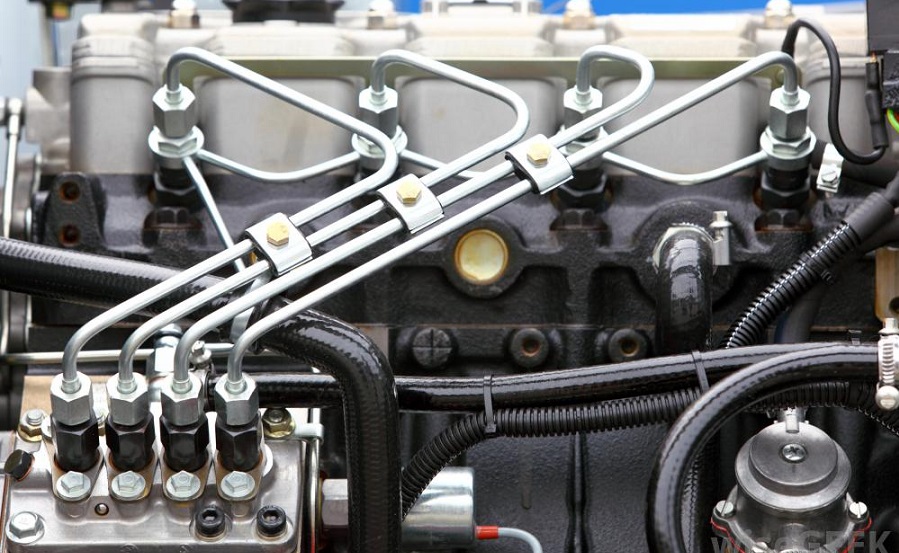 The fuel tank is typically made from sheet metal or aluminum alloys and is designed to contain the diesel fuel. Fuel tanks are made to resist the corrosion that can result from long-term exposure to diesel fuel. The transfer pump moves the fuel from the tank and then through a filter. The fuel can also move from the tank through a FASS fuel air separation system, which is a transfer pump and filter combined before it is sent to the injection pump. The injection pump compresses the fuel before it is injected through the injection nozzles. The compressed fuel sprays from the injection nozzles into the combustion chamber, causing it to fire and, through miniature explosions, convert the fuel into mechanical energy used to run the vehicle.

Gasoline fuel systems also use internal combustion engines, but they differ in the method of combustion. Gasoline fuel systems mix the fuel with air before it travels through the system and is converted to mechanical energy. In contrast, diesel fuel systems compress air separately before adding the fuel. Diesel fuel evaporates slower than gasoline and contains more energy per gallon, which drives fuel efficiency and produces lower carbon dioxide emissions. In addition, diesel fuel systems are significantly more fuel-efficient than gasoline systems, which may help explain why there are 11 million commercial vehicles in the United States powered by diesel.