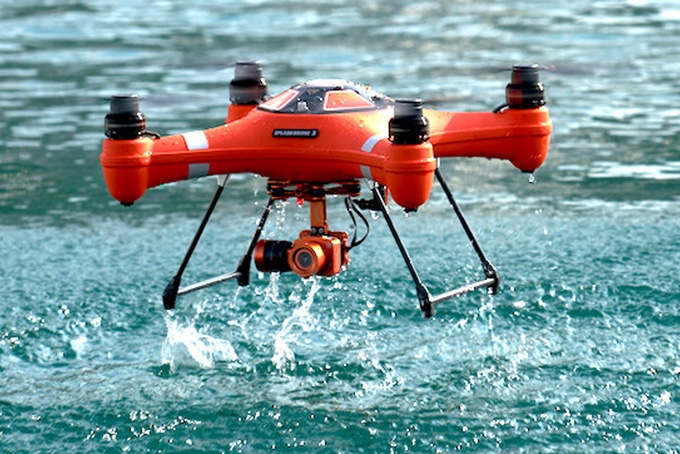 In 2015, the SwellPro company launched a Splash Drone, a waterproof photography drone which was capable of swimming even without being impaired. And now after the two years, the company back with another waterproof drone, dubbed as the  Splash Drone 3. The newly arrived drone is even more better and reliable than its predecessor because it is fully waterproof, even it can swim. Apart from the swimming, it is amphibious in nature, means you can take double advantages of this, it has been designed to fly and land on or off the water, and over land as well. Also read about DJI Mavi Pro, the photography drone via vogatech.com. The interesting update including a redesigned gimbal with a new 4K camera, new custom 620Kv motors, and new flight system. “The major differences with the Splash Drone 3 are in the flight controller, the camera, and the propulsion system,” Alex Rodriguez, founder and CEO of Urban Drones. With a 4k camera, there will create never be an issue related to the camera, just like the owners of its predecessor have, because the previous drone relied on the GoPro camera for video.

The Auto, is the most advanced and fully integrated modular flying drone and for controlling, you can control it easily by a mobile app through “follow me” feature. The Splash Drone 3 Auto has a gimbal system with the 4K camera which can make it even better in photography. It will begin shipping in July and will priced at $1,399.

The Splash Drone 3 Fisherman features a fixed camera and the impressive thing about it that it can able to carry an item up to 2.5 pounds. You can control the Fisherman drone only with the remote, it is not able to work with mobile devices. The fisherman model will priced at $1,149 and is expected to ship in August.