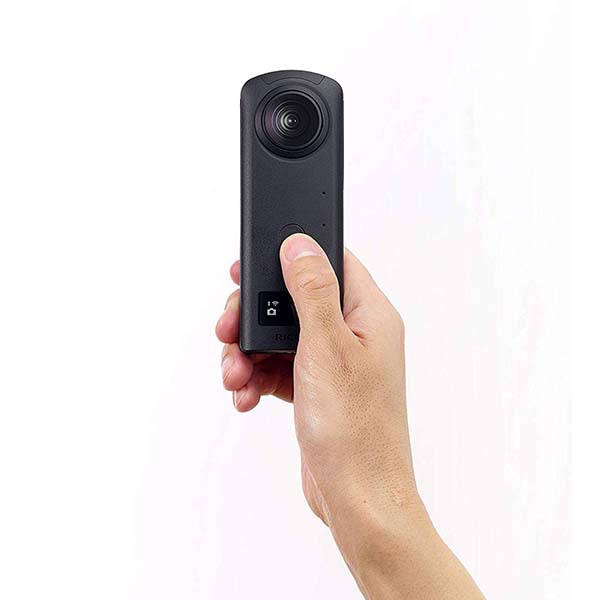 Ricoh has recently announced the THETA Z1, the organisation’s trendy THETA 360-degree camera that becomes the flagship digicam of the line that become first delivered in 2013.

THETA cameras are designed to capture 360-degree round pictures in a single snap — the camera automatically stitches the 2 photographs collectively for you — and the brand new THETA Z1 turns photograph exceptional up every other notch.

It seems much like the Theta V, but is extra strong and has large lenses. It additionally packs a small OLED display that offers battery existence, connectivity and different facts. It clearly resembles Insta360’s ONE X camera a truthful bit, and can be a manner for Ricoh to compete in opposition to that version with something a chunk more upmarket.

The Theta Z1 automatically stitches images together like the Theta V, but ups the stakes in terms of image quality. To get the best out of RAW shooting, it includes a new plugin that lets you stitch together RAW images in Lightroom. It also packs new algorithms that supposedly improve noise reduction and low-light performance. 360-degree video, also autostitched, can be recorded in 4K at 30 fps with 360-degree spatial audio.

Ricoh is in tough against Insta360’s ONE X, which can shoot 4K at a higher 50 fps, albeit with a smaller sensor and fixed f/2.0 aperture. The $399 ONE X is also a lot cheaper, and does a pretty cool trick: It lets you wield an optional selfie-stick, then automatically deletes it from the video. You can do that with the Ricoh Theta models too, but it’s not as easy.

For pro or semi-pro shooters, the Theta Z1’s multiple f/stops and a big sensor could make it a useful to accompany photo shoots. That way, you could give a client a cool 360-degree video on top of your photo or video shoot, and charge them for the privilege. Ricoh’s Theta Z1 goes on sale next month for $999.