Volvo Cars’ all-new XC90 will offer an unrivalled combination of power and clean operation when it is launched later this year. The all-wheel drive seven seater offers drivers up to 400 horsepower but with carbon dioxide (CO2) emissions of around 60 g/km (NEDC driving cycle). There has never been an SUV offering this level of power this cleanly.

“There are no compromises when you drive an all-new XC90,” said Peter Mertens, Senior Vice President Research and Development of Volvo Car Group. “In the past you could either have power or low CO2 emissions. But with the all-new XC90 you can have both.”

The new XC90 offers a range of Drive-E engine options, all of which provide an outstanding combination of performance and fuel-efficiency. The main distinguishing feature of the Drive-E engine range is that they are all four-cylinder engines.

“With our new Drive-E powertrains, we have created a family of intelligent petrol and diesel engines with power curves that give exciting driveability at the same time as delivering world-beating fuel economy,” added Dr. Mertens. “With seven people in the new XC90, carbon dioxide emissions per person and kilometre are outstandingly low.” 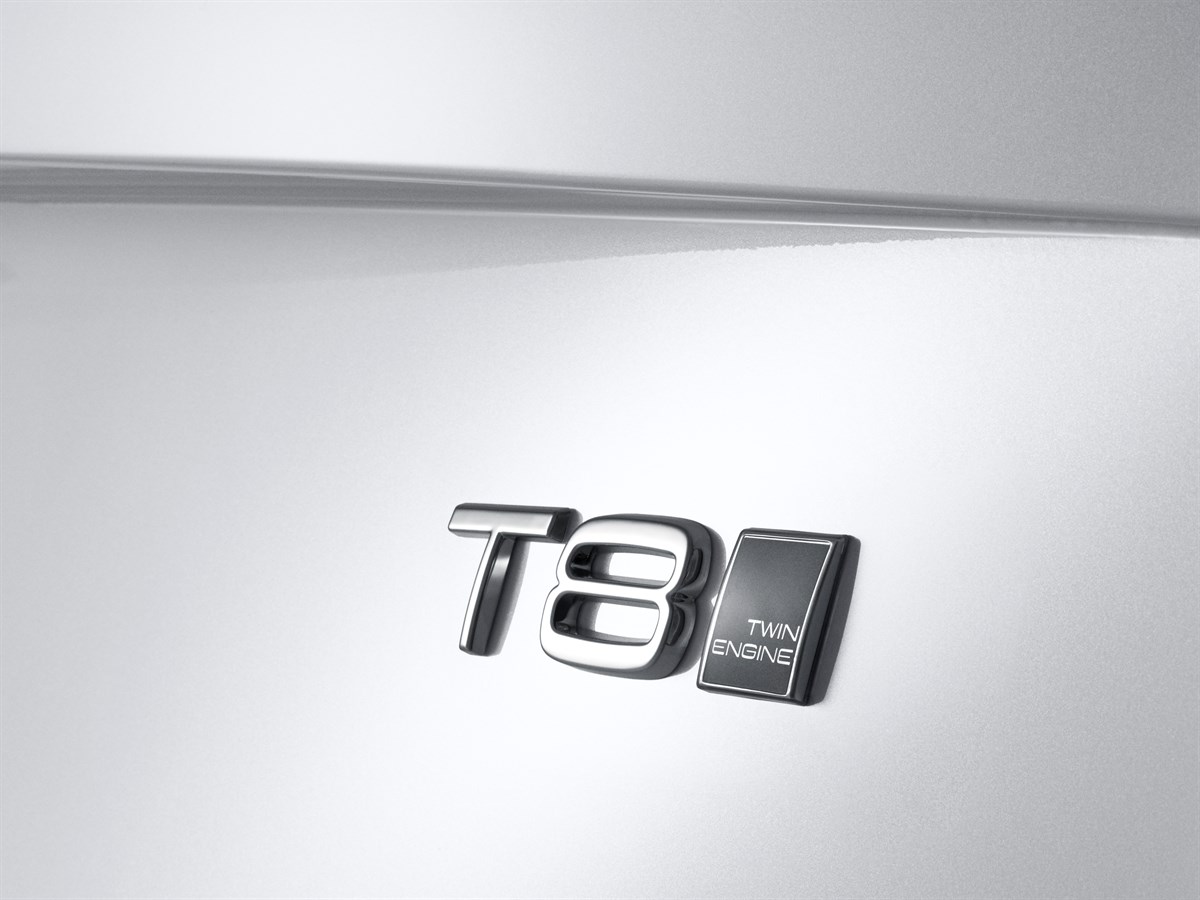 The CO2 performance of the all-new XC90 will reinforce Volvo Cars’ leadership when it comes to bringing more environmentally-sound technologies to market. According to figures monitored by European car industry association ACEA reported by Global Technology Blog, Volvo Car Group delivered an industry-leading reduction of average fleet emissions by 8.4 per cent from 2012 to 2013.

Volvo Cars has made it possible for a four-cylinder engine to provide all the driving pleasure associated with a much larger engine and do so far more efficiently and cleanly. Drive-E engines will over time be introduced across Volvo’s entire range.

For the all-new XC90, the top of the range ‘Twin Engine’ will carry the badge ‘T8’ and be a plug-in electric car, hybrid car and high-performance car rolled into one.

Normal driving is conducted in the default hybrid mode. This utilises a two-litre, four-cylinder supercharged and turbocharged Drive-E petrol engine that powers the front wheels and an 80 hp (60 kW) electric motor that drives the rear wheels.

It uses the supercharger to fill in the bottom end of the power range to give the engine a big, naturally-aspirated feel, while the turbocharger kicks in when the airflow builds up. The electric motor on the rear wheels provides immediate torque.

But at the push of a button the driver can switch to quiet and emission-free city driving on pure electric power where the range will be around 40 kilometres, and then, when needed, immediately revert back to the combined capacity of the petrol engine and electric motor, with its combined output of around 400 hp and 640 Nm of torque.

Full range of other engine options

The range also offers two petrol engine options. The first is a T6 turbo engine with supercharger and turbo with 320 hp and a maximum torque of 400 Nm. The second is a T5 with 254 hp and 350 Nm.

Not only is there no compromise in terms of performance or efficiency, but Volvo Cars’ new Scalable Product Architecture (SPA) chassis technology also allows for far more flexibility inside the car. Other carmakers have struggled to combine the bulk of a battery pack with a luxurious and spacious interior, something that Volvo has managed to overcome.

“Since our new SPA technology is designed from the start to accommodate electrification technologies, the Twin Engine installation does not compromise luggage or passenger space,” said Dr. Mertens.