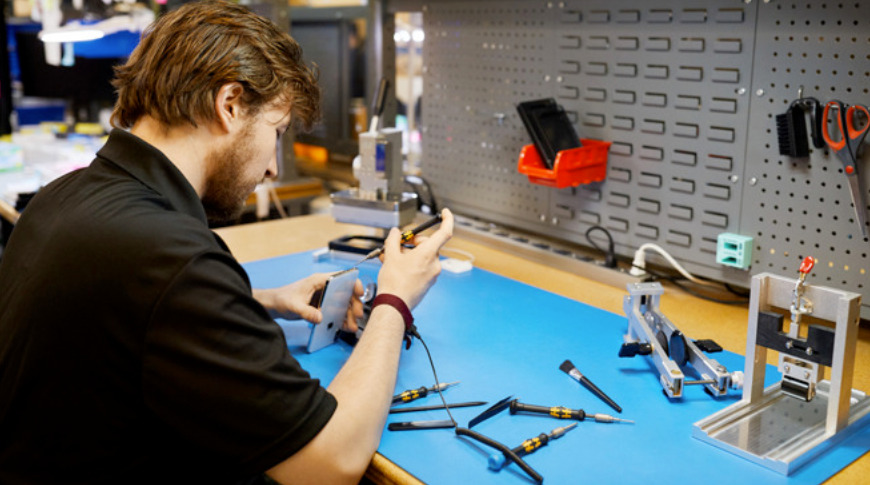 Thousands of people are conflicted about whether they can fix their Apple products at a repair facility other than an Apple Store.

The short answer is yes!

The issue has been a longstanding one with some iPhone and MacBook users giving up their Apple devices.

Many people have issues like their charger not working properly and you had better not buy a cord from a regular store or the device may freeze. Even the process to fix broken screen can be complicated.

Apple has made fixing its devices difficult, forcing customers to come into their store and face hefty repair costs, especially if they do not have Applecare protection.

Apple does not make the parts for its devices accessible to third party repair facilities. What Apple does is force customers to get rid of their products and purchase a new one.

They do so by making repair costs extremely high. For instance, a quick repair to a MacBook that would cost $300 at a tech store could cost between $800 and $1200 at Apple.

The situation has been so serious that Apple was brought before Congress to answer about why people who bought their device outright, were still forced to go to their stores for repairs.

In the meantime, third-party repair facilities are not sitting back quietly, but have chosen to take the fight to Apple.

Repair store operators across the globe have been hitting back hard at Apple and other major tech companies in what is referred to as the “right to repair” campaign.

Supporters of the “right to repair” are striving to pressure factories to create their commodities in a more repairable manner, and boost third-party entry into vital devices, parts, and data.

The push has even extended to farmers who want the rights to get their equipment repaired outside of the manufacturers at more affordable rates.

Many people were unaware of the complications regarding getting their devices fixed before purchasing them from Apple and other manufacturers.

Finding themselves at a crossroad, they have to decide on whether to pay more than the value of the device to fix it, purchase a new one, or find a new brand altogether.

Meanwhile, the group of people and businesses pressuring the manufacturers have been growing exponentially.

Can You Repair Your Apple Devices Safely?

Definitely! Whether you need to change a battery, have a frozen device, struggle with backing up data, have to fix a broken screen and a myriad of other things, there are third party stores available to undertake those repairs

Many people have gone to the repair stores and paid half or less of the price they were being charged by Apple and were satisfied with the level of service they received.

Many repair stores are run by former Apple employees who are experts in repairing Apple devices after gaining years of experience.

Many times, people have lost data after being told at the Apple store that their device needed to be factory reset.

Others have chosen to go to a third-party repair store and found that they could have the device fixed without losing all their important information.

Finally, there are tried and proven repair shops all over the United States. If you are in doubt, read the reviews.

People have not been afraid to leave their opinion online, so between that and the star ratings, you can be assured that whomever you’re choosing is a professional when it comes to repairing Apple devices.

Don’t panic, the next time you have a broken phone, tablet, or laptop screen. There is somewhere to repair them at affordable prices.