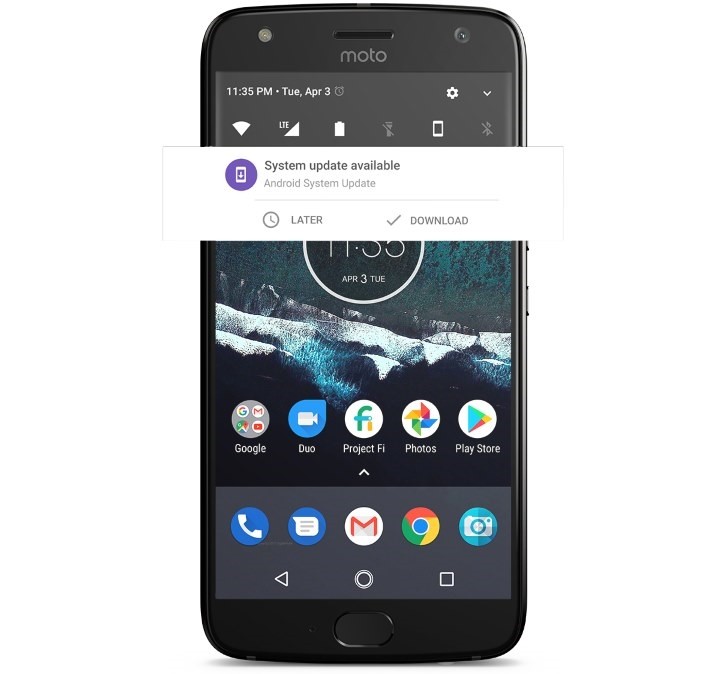 The Motorola Moto X4 smartphone has been the subject of a handful of leaks and rumors so far. And now the company has finally put all the leaks and rumors of its latest Android smartphone to rest. The Motorola Moto X4 Android One Smartphone is officially official in the United States and becomes the first Android One device that will be available in the US. If you are interested, you can purchase it from Fi, Google’s carrier. The phone carries a price tag of $399. The newly arrived smartphone seems to offer decent hardware and specification, but that does not mean it is not a great phone. Let us see what the Moto X4 Android One Smartphone has to offer. The smartphone features a 5.2 inches IPS LCD capacitive touchscreen display with the screen resolution of 1080 × 1920 pixels. The notable feature of the smartphone is that it comes with IP68 certification for water and dust resistance.

The Moto X4 is listed to run on Android 7.1 Nougat operating system out of the box, bringing all the latest features like a multi-window view, reply in the notification panel, enhanced doze mode, and much more. The company promised that the phone will be updated with the latest generation Android 8.0 Oreo OS by the end of the year.

On the camera front, the smartphone sport a dual rear camera setup (12 megapixel + 8-megapixel sensors) at the back of the device with LED flash support. While on the front of the device, there is an incredible 16-megapixel front shooter for capturing beautiful and bright selfies. To power the device, there is a 3,000 mAh non-removable battery buried inside the phone. The phone comes in two color options, namely Super Black and Sterling Blue.