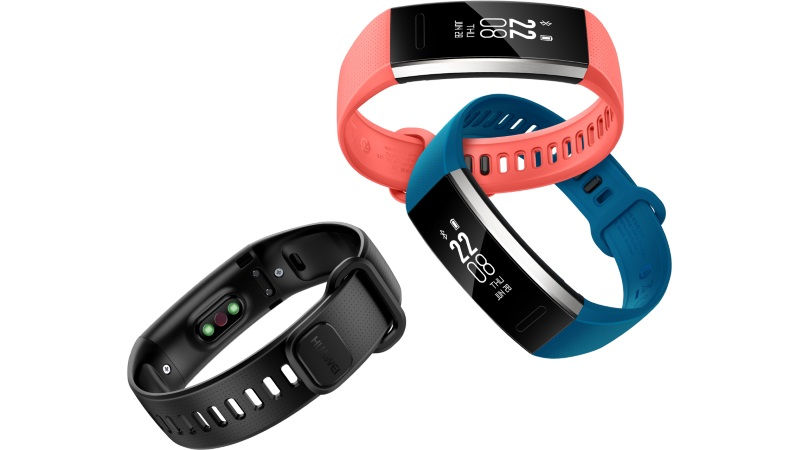 Huawei – a Chinese company has just launched its two newest fitness wearable, touted as the Huawei Band 2 and the Huawei Band 2 Pro. The main highlight of both fitness trackers is that they have a built-in HR sensor that will let you allow continuously heart monitoring. These two fitness tracking devices come with a PMOLED display and the company claims that both trackers have waterproof resistant rated for 5 ATM, so you don’t need to worry about dropping it in a puddle or getting it wet at the beach or even you can swim by wearing it. Both are compatible with Android and IOS devices, but keep in mind the devices should be running on android version 4.4 and above and IOS devices should be running on IOS 8.0 or above.

These two fitness trackers are able to track your daily activity plus sleep satisfactorily as well. There is also a built-in heart rate sensor that will detect you hear rating continuously, as I mentioned above. Both wearables have a 100 mAh battery buried inside the watch that claimed to provide up to 21 days of usage on a single charge.

Both fitness wearable shares same specs and hardware, but the Huawei Band 2 Pro comes with some extra features. Such as built-in GPS that will let you allow getting precision data about how much distance you have covered, and speed as well. Furthermore, the Band 2 Pro also comes with a feature called ‘Firstbeat’ system. The company describes the ‘Firstbeat’ system as the maximum rate of oxygen consumption to provide feedback aimed at increasing the user’s stamina.

Another interesting and unique thing is Coach Feature that according to the company, “integrate a professional motion analysis algorithm to help users exercise in a thoroughly scientific way.”