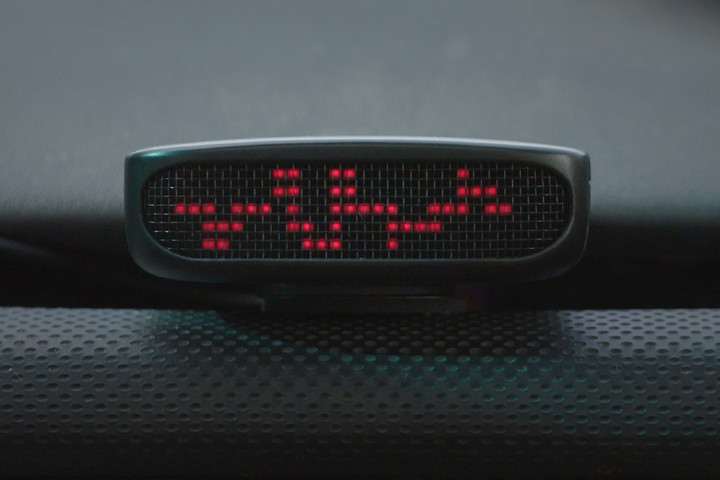 Next Thing has revealed a new hands-free car kit which has been equipped with artificial intelligence to help you control your mobile devices, music, maps and messaging. This unique design features a sleek and simple design while giving a built-in support for popular streaming services, navigation, texts and so much more.

Dashbot is a smart AI assistant, designed to be 100% voice-controlled so drivers keep their hands on the wheel and, just as importantly, the eyes on the road. Connecting to your phone via Bluetooth, it promises to be the on-the-road smart assistant we have been hankering after. It connects to a car through a 3.5mm aux jack and it’s powered via USB or a car-standard 12V cigarette lighter power port. There is also an optional ‘Retro pack,’ for an extra $15 which includes a tape deck input and FM transmitter to connect the Dashbot to older vehicles.

The Dashbot is based on the Next Thing’s CHIP Pro computer platform, along with both Open Source and Open Hardware, and runs Linux. So unlike CarPlay or Android Auto, it’s easy for anyone to build out and expand the Dashbot’s functionality, like adding new music services or changing the Dashbot’s voice.

Other features of the Dashbot include a micro SD card slot, a USB 2.0 port, audio processing hardware, a backup battery, and a red LED lights, and MEMS mic array.

Next Thing is selling the Dashbot through a Kickstarter campaign for $49.99, with an expected ship date in July 2017. And while the crowdfunded nature and long lead time are definitely the things to consider before backing, Next Thing has previously run successful hardware Kickstarter campaigns in the past.